The Excise Tax Act (ETA) generally allows Tax payers to recover Tax received for the purpose of making Taxable supplies. As Tax Preparation and Filing expert Accountable Business Services (ABS) ABSPROF are often asked to review the allocation method used to allocate Input Tax Credits (ITC) between commercial and non-commercial activities. The ETA requires that the apportionment method used be fair and reasonable and used consistently throughout the year. The Act, however, does not prescribe any particular method for allocation, leaving it up to the registrant to determine how to allocate between these two activities. Moreover, the courts have held that the registrant can choose any method that is “fair and reasonable”, even if another method might be fairer or more reasonable. 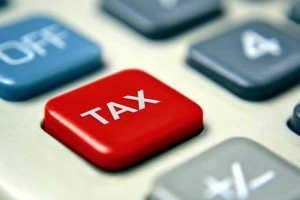 The issue of apportionment has always been combative as a small change in the allocation can result in large reassessments or refunds. During the 2006 CICA Commodity Tax Symposium, the CRA announced it would no longer allow ITCs for past reporting periods based on a change in allocation method, much to the surprise of the attending Tax experts. The CRA’s policy was that unless an error had been made, once a fair and reasonable allocation method had been applied to a particular year, the Taxpayer could not retroactively change that method for another, more favorable method and claim additional ITCs.

When the CRA disallowed the $1 million ITC claimed by CIBC World Markets (CWM) after a retroactive adjustment to an allocation method, the matter eventually found itself in front of the Tax Court of Canada. The Court agreed with the CRA’s position, stating that if the initial claim was fair and reasonable, it would be “perverse” and detrimental for “fiscal certainty” if a registrant retroactively changed its allocation method.

This decision would ultimately prove irrelevant for financial institution like CWM. In July 2010, a new section of the ETA was enacted to require financial institutions to use CRA approved apportionment methods that cannot be changed without written consent of the Minister. It is somewhat ironic that these new rules were enacted retroactively to 2007.

Nevertheless, CWM appealed the decision to the Federal Court of Appeal in 2011. The FCA reversed the lower court’s decision and allowed the retroactive ITCs. The court stated that the CRA’s policy would essentially turn the act of filing a Tax return into one of making an “irrevocable election” to use a particular method, and if such a result was intended, the legislation would clearly say so. Furthermore, the FCA stated that the ETA required only consistency throughout the year and does not prevent the apportionment method from being changed from one year to the next but rather from one period to another with the same fiscal year.

We still occasionally encounter clients who, either as a result of a ruling, audit or reassessment received between 2006 and 2011, are unaware of this policy change. This strong FCA court decision however confirms that taxpayers who are in the business of making both Taxable and exempt supplies, other than financial Institutions, are indeed entitled to review their ITC allocation method annually, and if an improvement can be made, claim additional ITCs retroactively provided that they are made within the normal limitation period of 4 years.