As average tax payers we often gripe about how some of us have to pay substantial tax yet those that really can afford it seem to be paying very little. We all know that this comes down to what is commonly known as tax loopholes. 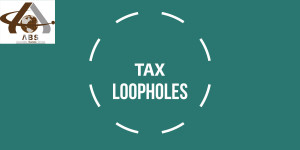 While there hasn’t been as much talk about this lately as the CRA has been really sharp at trying to reduce these loopholes, they still exist. A recent study has shown that the tax loopholes could cost Canada about $16 billion a year. Some experts are highly concerned about this because although the government has been trying to close down these loopholes they have become much more moneymaking since the 1990s. As a result of this the tax system becomes a very unequal for many and it can even lead to financial issues.

Some say that these loopholes have had a dramatic effect by slowing down the economic growth. For the simple reason that when the average taxpayer doesn’t have extra money they are not going to be buying as they normally would in a good economy.

According to the Liberal government in their election platform it is their intention to research these loopholes and close them down. One would think that this would be a really good move when you consider the deficit that we sit with in Canada which is at $18.4 billion which is the estimate that may be coming out in the budget in March.

Taking a look at a specific a loophole would be the capital gains issue. This is where only part of the profits made from an investment are included in the tax. So what this means is that those that have investment gains are only being taxed at half the rate as what an individual who is out working and earning a wage would be paying.

There hasn’t been a lot of focus put on the tax havens which is estimated to cost Canadians about $2 billion a year and then some are looking at the stock option deductions which round out to about 800 million a year, and of course for businesses there is a corporate meal and entertainment deductions which ring in at about 460 million. Then there is the small business tax credit which cost the government about 500 million per year.

Many critics refer to all of these as tax loopholes whereas the government looks at them as incentives for keeping businesses in Canada and encouraging new business growth.

In regards to forming an opinion that would all come down to which side of the fence that you are on. If you are a business person then these are not going to be tax loopholes in a sense of the word to you but tax incentives. If you are in average taxpayer then these are definitely going to come across as being unfair and unjust when compared to the situation that you are in with respect to the Canada tax system.